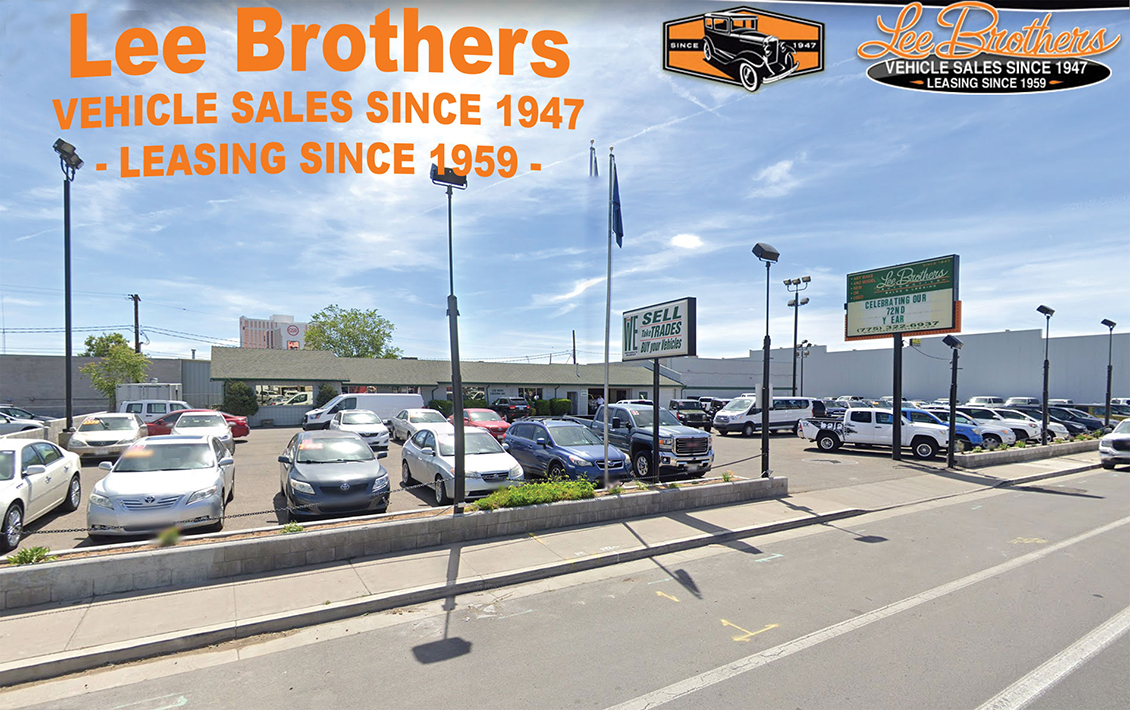 Lee Bros. was established in 1947 when Dick and Jennings Lee opened their automobile lot at 116 First Street in Reno. The brothers had moved to Reno from Modesto, California just after the Second World War. They came at the recommendation of their father, a traveling salesman, who declared that Reno was the best business town in the West. The job market after the war was tight, but Dick and Jennings decided that everyone should work at something they enjoy and wouldn't mind dedicating 6-7 days a week. They both loved people and automobiles, so they decided to open a  used car business.